Implementation of Regulation 2018/1039 is on the way for European piglet feed manufacturers.

The European Food Safety Authority (EFSA) had recommended, in their Opinion published in July 2016, some newly proposed maximum contents for copper in animal feeds. With a suggested drastic reduction of supplemented copper in piglet diets, they acknowledged that performance of weaned piglets would be impacted. This explained why it took exactly two years to the European Commission before they published Regulation (EU) 2018/1039, finding a compromise with a stepwise approach on progressive decrease of dietary copper in the nursery phase of growing pigs. Deadline to implement this change was in February for premixes, and will be in August for feeds.

CoRouge®, a source of feed grade copper, is authorized in the European Union since December 2016. It has been selected by leading feed manufacturers as a nutritional solution to accompany this regulatory change. 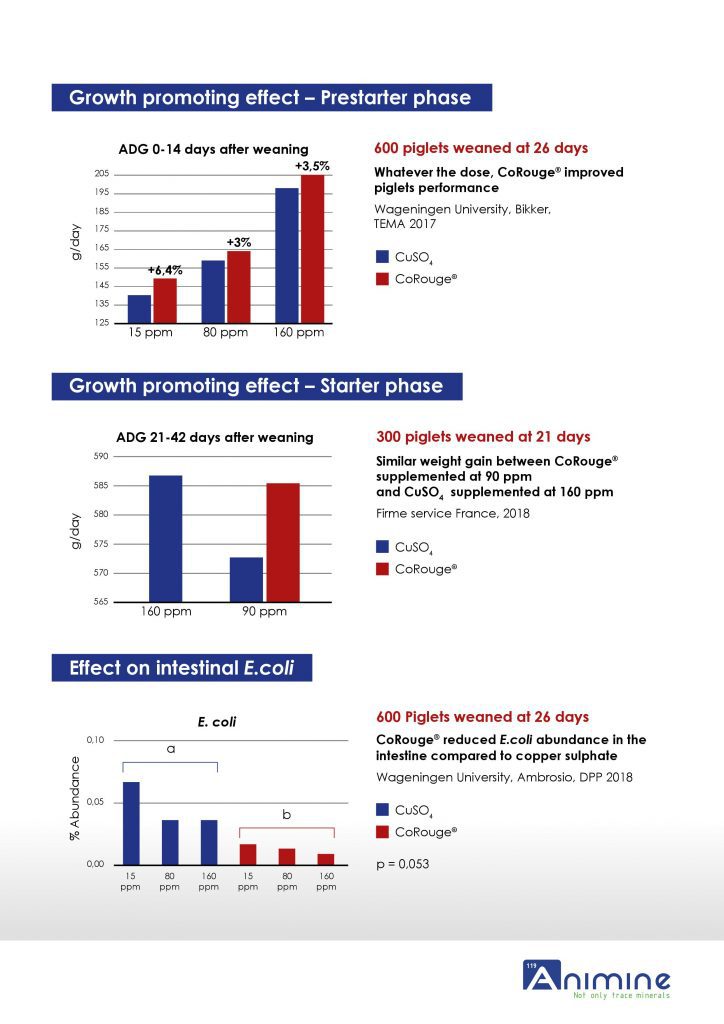 Ask your Animine representative how CoRouge® can contribute to maximise your piglet feed performance.

No votes so far! Be the first to rate this post.

By continuing to browse this site, you accept our legals & privacy notice.